Why is my OC a girl

An essay about gender and ponies.

An OC, short for “original character”, is often used, especially in the brony and furry fandoms, as an avatar of oneself, and in those fandoms you’re encouraged to create one for yourself. And so is what I did as a brony around 2012, as a fan of My Little Pony: Friendship is Magic, this show that somehow went hugely popular outside its intended target audience due to being overly cute and wholesome, while not trying too much so the kids' parents could get behind as well.

So I fired up General Zoi’s Pony Creator and started making something. Some people try to make their pony look like themselves, make it as colorful as they want, and honestly that’s their choice, but I prefered something that could actually fit into the show. 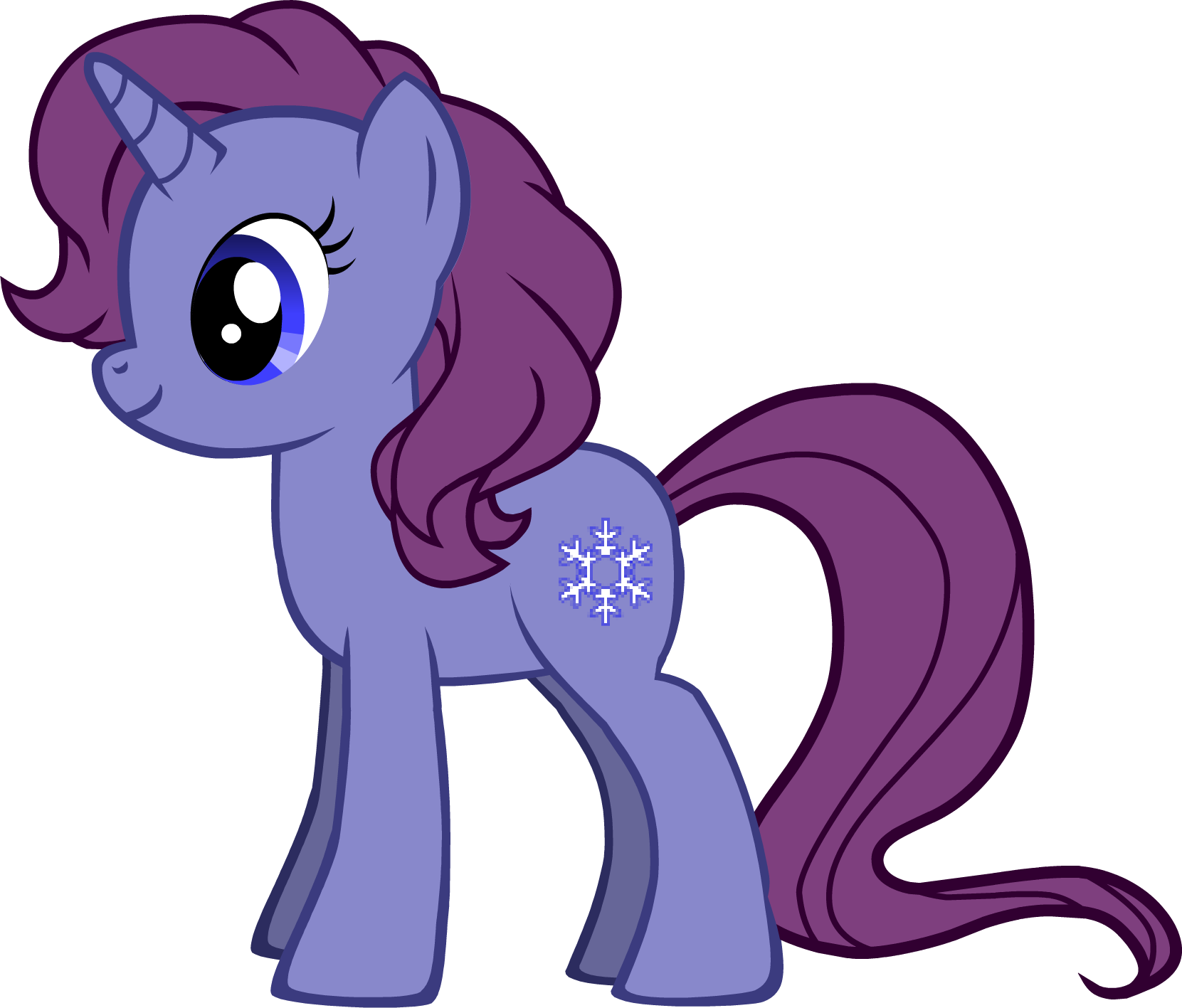 This is the OG Yuki. Don’t mind the low-quality cutie mark.

And so this is the pony I came up with. A mare named Yuki Kagayaki (roughly translates to Snow Sparkle because I was a huge weeb), themed around snow. And that character followed me ever since. Playing as her in roleplays and games at every opportunity helped me shape her world and her personality.

Of course, there’s a lot of female representation in the show, but while stallions exist people generally take the female build as it looks better. But for me, Yuki was a representation of the ideal girl I had at the time, or at least a pretty nice character to play with. Or so I thought. 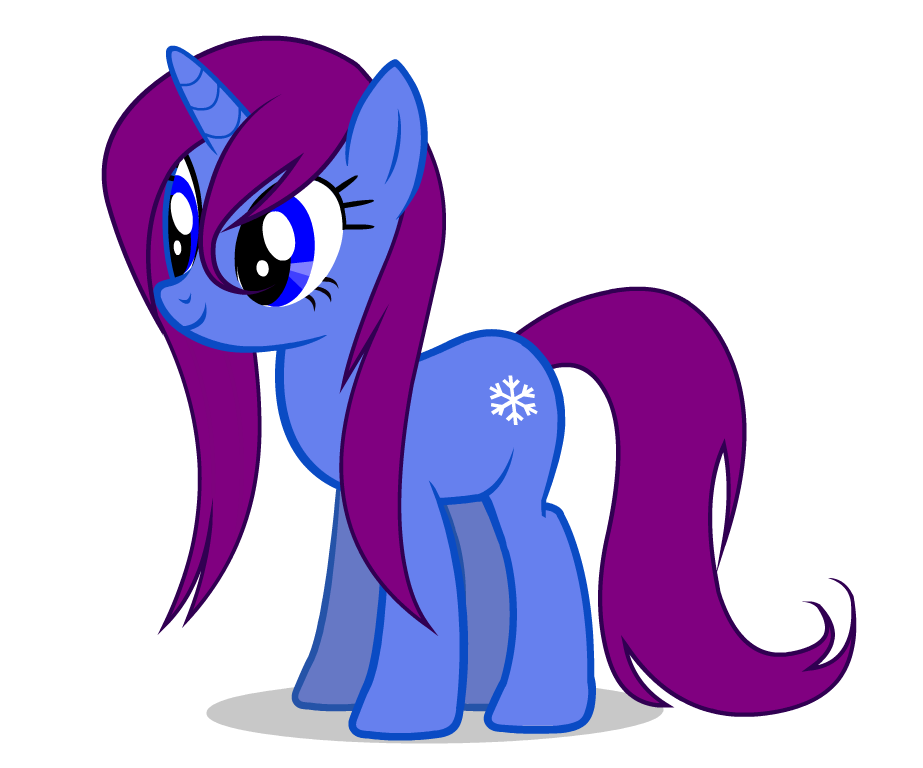 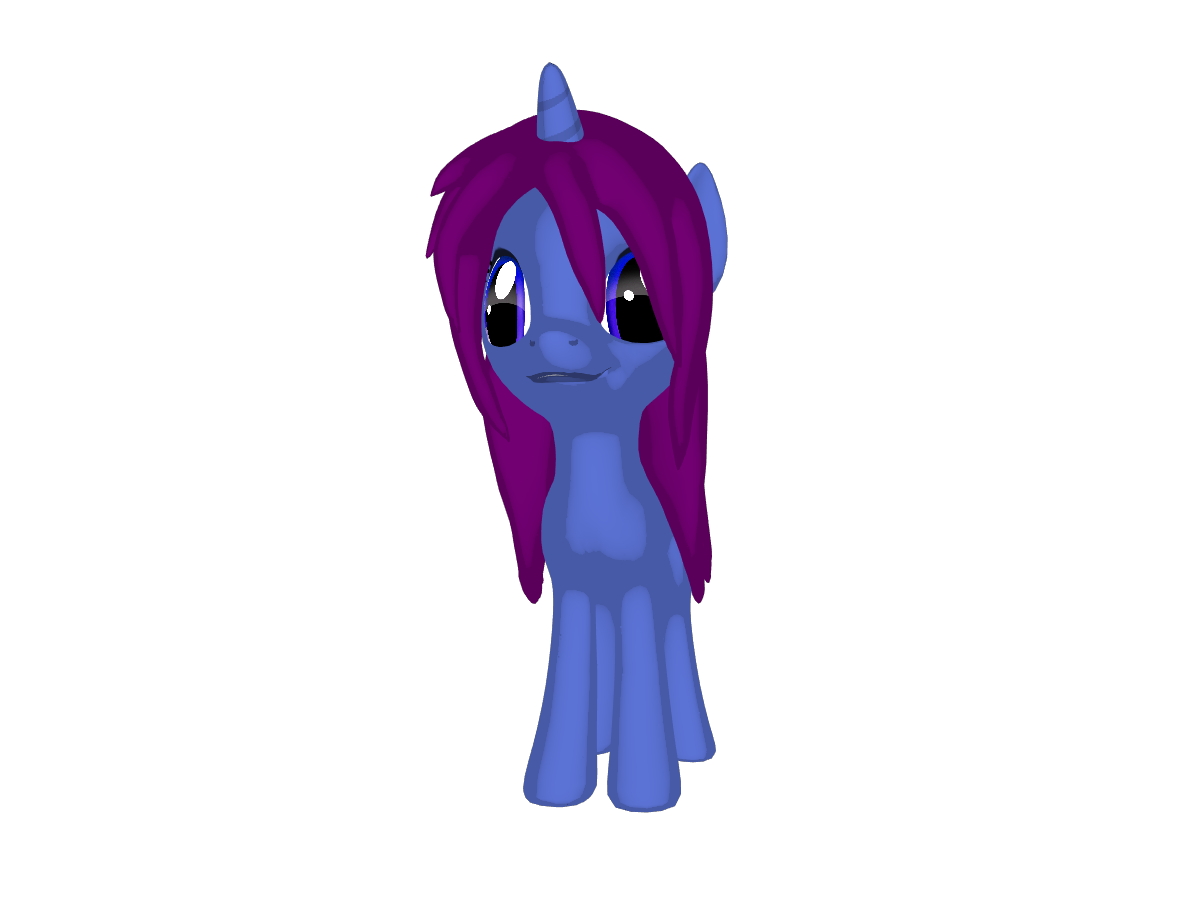 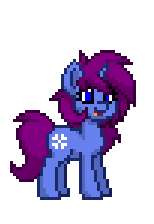 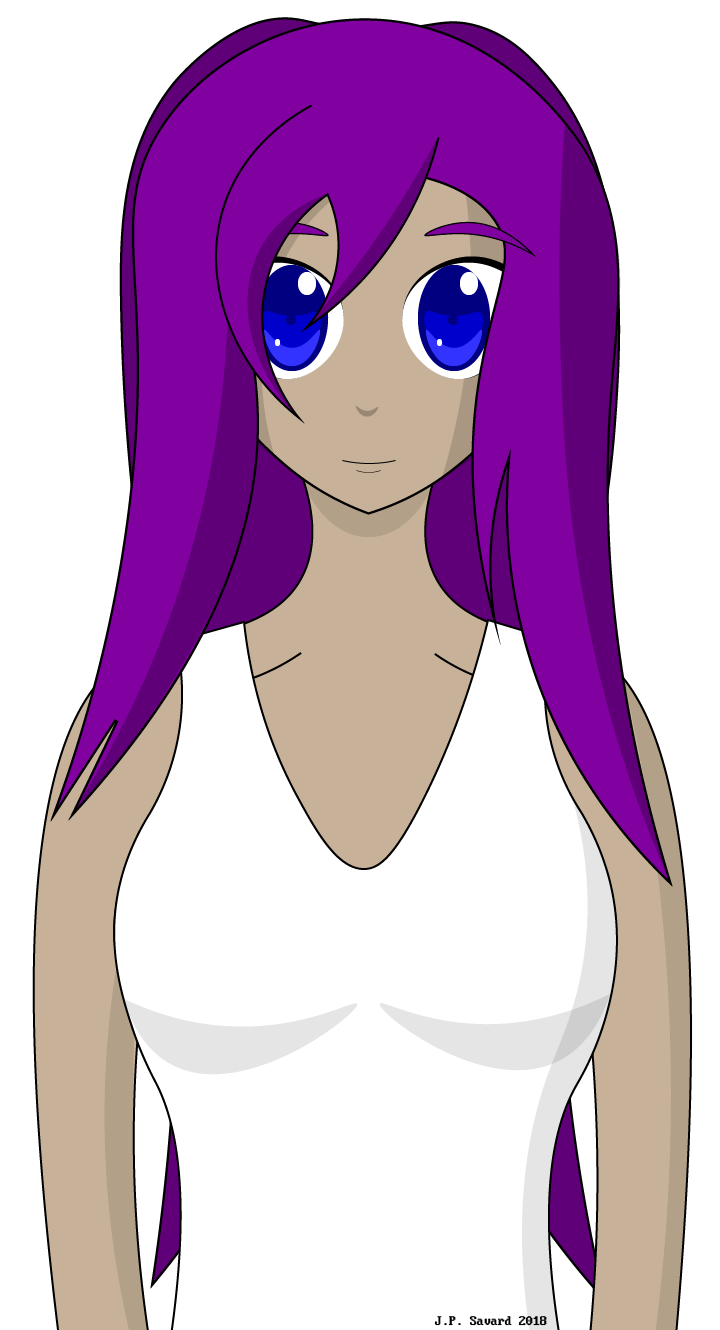 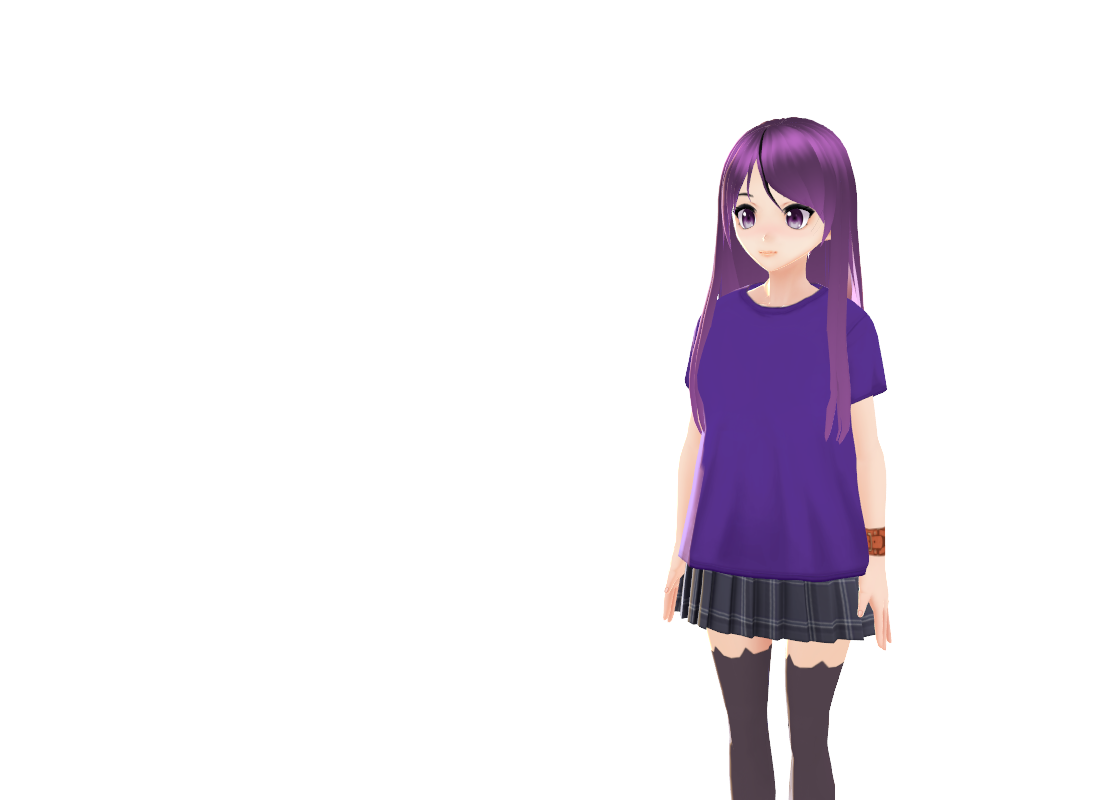 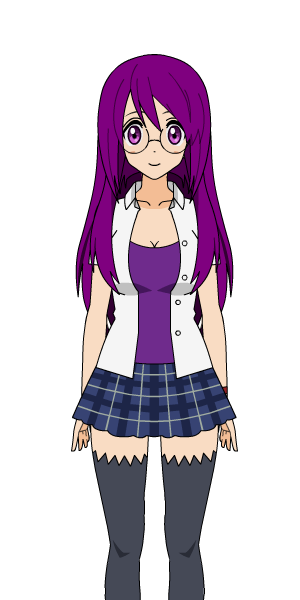 The evolution of a Yuki.

A note on bronies: I’ve been part of the local brony group from 2012 when I founded my website on the local brony fandom in the province of Québec (BroniesQC, later renamed MLP Québec when the .quebec TLD came out) until when it died down as most people moved on to something else, and with that I met a ton of amazing friends. I’ve also met a lot of good friends in Europe through a regroupment of French-language pony websites, as well as around the world, so thanks to all of you for being there. It’s been 10 years to this day this show was around, time goes fast when you have fun, I guess.

Around the same time as watching a cartoon marketed for young girls became more accepted and people realized there’s no shame anymore admitting you were watching The Powerpuff Girls when it came on TV back in 1998, so is exploring your sexuality and coming to terms one’s gender might not match what’s expected of them. Of course, I don’t think there’s a strong relation to those two concepts, but I do think the show certainly helped some people. Anyway, we’re now in an era where putting your preferred pronouns in your bio became important because you can easily get the wrong one, or even something so wildly different from the usual gender norms you probably would never have guessed.

Looking at this, while I respected that idea, personally I felt those ideas weren’t applying to me as strongly as you might expect. I felt the need to find a way to say I wouldn’t be mad if you get the wrong pronoun on me, so I wasn’t specifying them, or saying I use all of them when asked. And then it dawned on me: maybe the concept of non-binary was applying to me? Maybe even genderfluidity? I figured, maybe it’d be nice to be a woman, but at the same time I didn’t mind being a man either. And anyway, that doesn’t really matter, as the society is going toward entirely new gender norms. People are free to be what they want, and this is good. And thus I came out as non-binary.

That was a while ago, but one morning a few months ago I woke up, and it dawned on me yet again: maybe this representation of an ideal girl is actually who I want to be, hiding behind this persona of a bearded manly man I was building for myself in the real life? Maybe this is gender dysphoria I am experiencing? Maybe I am Yuki? A lot of stuff checked out to me.

I had this NSFW Twitter account I had laying around to practice drawing nudes but I barely got around drawing at all, so I decided to go full trans on it, just to test the waters. Sharing dysphoria thoughts felt kinda good. I also ended up coming out on my main account, and the response was amazing. Probably I had a lot supportive friends, it definitely depends of who you hang out with.

In the end, that was a pretty good experience that let me to know myself a bit better, it does feels pretty good when one refers to me as she or her on the internet, but I’m still not sure if I want to transition further than this for now, which is why you’ll still can see mentions of “non-binary” and “genderfluid” in my bio, and my Facebook account is still the same with my IRL dead name which is still not really dead. You still can call me your bearded princess, after all (thanks Zoey!) ;) And of course, the experiment is definitely not done, but I guess we’ll see what’s going on next.

In conclusion, there was actually a few people who came out to me questioning about their own gender identity after I did so on Twitter and this is why I’m writing this piece. Of course, this is personal experience and your mileage may definitely vary, but I hope this blog post will help you.